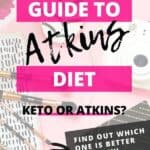 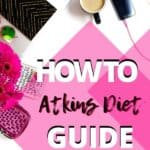 The Atkins Diet is a weight loss diet that was developed in the 1970s by Dr. Robert Atkins. The diet has been around for over 40 years and continues to be popular today, especially among people who are looking to lose weight quickly. This blog post will discuss what the Atkins Diet is and how it works, as well as what types of food you can eat on this plan. We’ll also compare it with other diets such as Keto Diet so you can decide which one is best suited for your needs!

The first phase of an Atkins Diet plan is called Induction, where carbohydrate intake is limited to 20 grams per day.

The Atkins Diet is a diet that restricts carbohydrate intake to induce weight loss. There are four different phases of the plan, which include Induction, Ongoing Weight Loss (OWL), Pre-Maintenance and Maintenance.

The first phase of induction limits carbohydrates to 20 grams per day while boosting protein and fat consumption. There is no food grouping or calorie counting on the first phase; rather you eat a wide variety of low carb foods in limited quantity to induce ketosis. 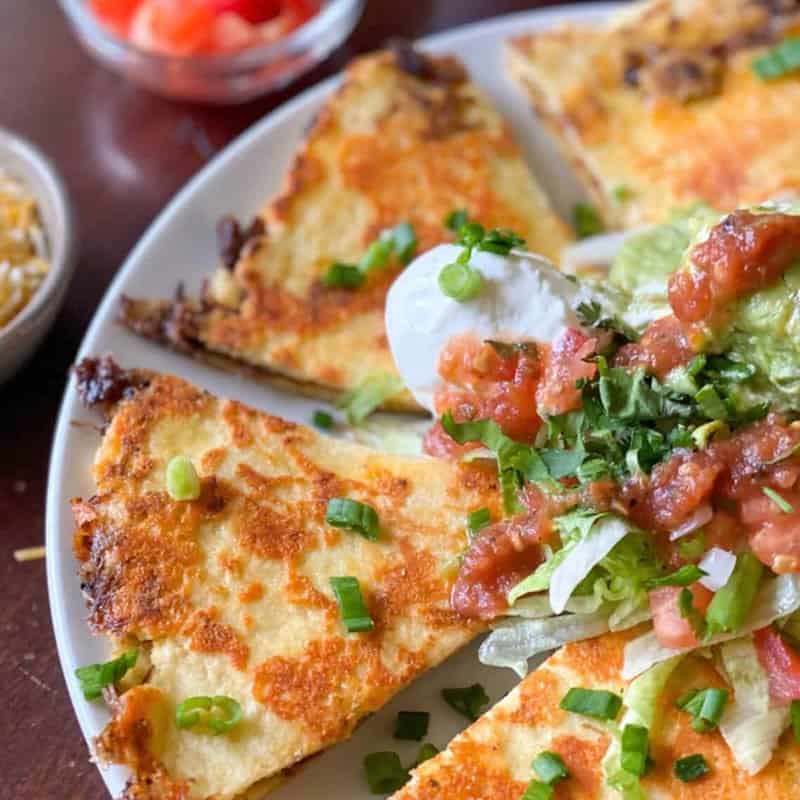 This is followed by the Ongoing Weight Loss (OWL) phase is where the patient learns how to gradually increase their Net Carb intake and add variety to their diet while continuing to stay in control of their appetite, lose weight and still feel energized. The second phase involves limiting carbs further while enjoying more protein and fat with each meal—this can help you lose up to eight pounds (three kilograms) per month for a year without feeling hungry. In this stage it’s important not to go over 20g net carbs which is very similar to keto.

Phase three limits carbohydrates again but includes new guidelines such as carbohydrate cycling – periods where certain types of carbs are eaten daily followed by days when they’re avoided completely. This is the Pre-Maintenance phase and the point when weight loss has slowed, which means it’s time to start building muscle.

The Maintenance Phase of Atkins diet is pretty much general maintenance: eating healthy and exercising regularly in order to maintain a lower body fat percentage while still enjoying carbs on occasion.

Example of foods you can eat on the Atkins diet are: Meats, eggs, cheese, avocado and vegetables.

Types of exercise on the Atkins diet are:

Differences between Keto and Atkins Diet

The goal of the keto diet is to switch from running on carbs (glucose) to running on fats, or ketones. On a typical day, up to 80% of your energy comes from glucose in order for your cells to function properly. In contrast, when you’re following a low-carb/ketogenic lifestyle like the one promoted by the keto diet plan then fat becomes more important because it’s used at an increased rate as opposed to glucose which is non existent due to lack of carb intake. Whereas with the Atkins diet you can still eat limited amounts carbs but instead focus less on being in ketosis.

What does a day of eating Atkins food look like?

On the Atkins diet, you can eat a wide variety of foods that are either low in carbs or don’t contain any at all. Here is an example meal:

For breakfast I had bacon and eggs with some avocado slices on top. For lunch, I ate a large salad (with spinach, kale, carrots and chicken) topped off with turkey meatballs made from ground turkey breast. In addition to my lunchtime salad for dinner, I also enjoyed grilled steak cooked without adding anything but salt and pepper then served alongside grilled zucchini strips seasoned with olive oil and garlic powder as well as sauteed onions mixed together in coconut oil until browning around the edges before tossing into spaghetti squash strands tossed through tomato sauce which was later.

The Atkins Diet is a weight loss diet that focuses on the consumption of protein, fat and low-carbohydrate vegetables (such as spinach), without restricting calories too severely.

The goal of this type of diet is to avoid foods with high glycemic index such as breads and pastas while eating plenty of meat, fish, eggs, cheese and nuts.

Keto is a bit different. Keto is a high-fat, moderate protein and low carb diet which focuses on being in ketosis: meaning you are burning fat for fuel instead of glucose.

The Ketogenic Diet has been used since the 1920s to treat patients with epilepsy who don’t respond well to medications. The Atkins diet was originally designed by Dr Atkins as an alternative dietary treatment for weight loss through fat metabolism in lieu of carbohydrate metabolism, which can be metabolized more efficiently than fat or protein when insulin levels are elevated.

The keto diet encourages people to eat foods rich in healthy fats instead of carbohydrates . This means that carbs like grains and sugars should not form part of your food intake (unless you go very low). Instead, consumption of foods such as meat , fish , eggs , dairy products including cheese and butter; seeds; natural oils including olive oil, coconut oil, and avocado oil etc…

I am a bit fan of the keto diet because it has personally helped me lose 50 lbs and keep it off for over 3 years now.

All in all, Keto, Atkins, Low carb, and Paleo are all diets that restrict carbohydrates.  They are all low carb diets to some degrees.  Carbohydrates and sugar are the enemy, especially if you suffer from insulin resistance or high glucose problems that lead to diabetes.

What are the differences between Atkins and Keto Diet?

While the ketogenic diet is a moderate-protein approach, with about 20% of calories coming from protein, the Atkins diet allows for up to 30% of calories from protein, depending on the phase you are in. Additionally, on the keto diet, you want to keep your body in ketosis by extremely limiting your carb intake all the time.

Which is better? The Keto Diet or the Atkins Diet?

The Keto Diet is said to be a more sustainable diet, as it allows for some carbs. However, the Atkins diet limits your carb intake and forces you into ketosis to which could provide you results you are looking for also.

The best way to determine which of these diets are right for you would be by assessing what goals or lifestyle changes you hope to achieve through changing your eating habits. If weight loss is something that’s important for you then either one will work but may vary in terms of success rates depending on how mindful of them both (and yourself) you can be about tracking macros and calories along with exercise too! As always, consult your physician before starting any new dietary regimen.

The best diet plan for you will be the one you can actually do. It’s also important to remember that no one is perfect 100% of the time. Sticking to a plan, whichever you choose, will also be important. Some people express having trouble staying on a plan after a “treat” day. Your success will come from knowing yourself and sticking to the plan in the long run until you reach your goals.

The Atkins Diet is a Low Carbohydrate diet that promotes weight loss by restricting carbohydrates to 20 grams per day while boosting protein and fat consumption. The plan emphasizes building lean muscle mass and avoiding the feeling of starvation or deprivation often associated with more traditional low-carb diets.

I hope this article has helped you learn about the Atkins diet. 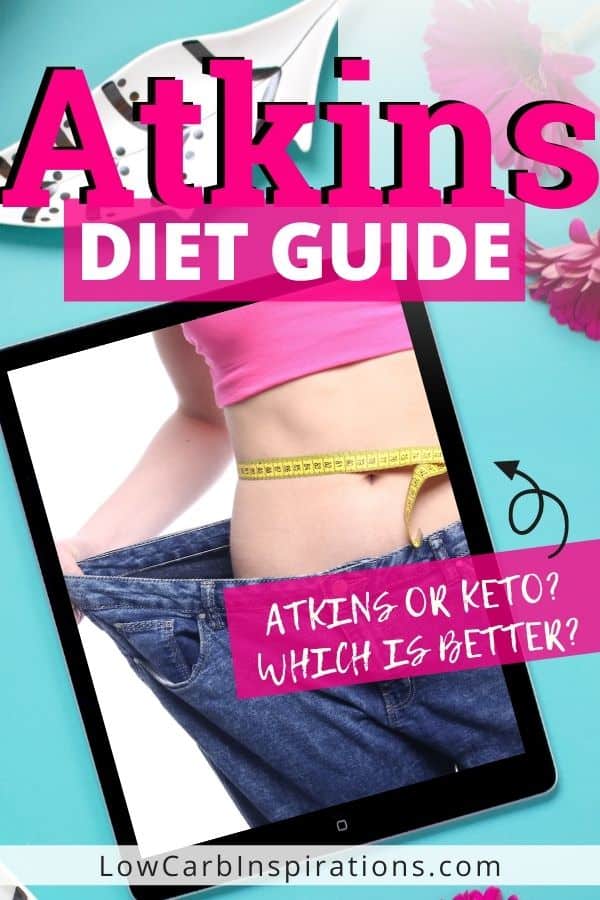 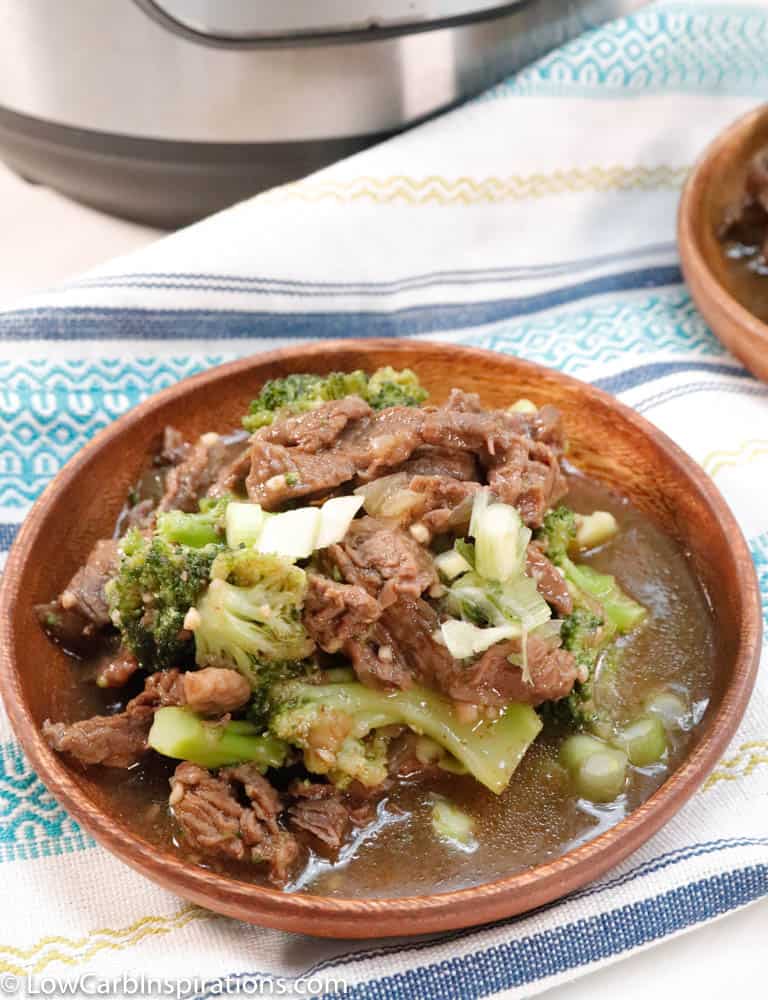 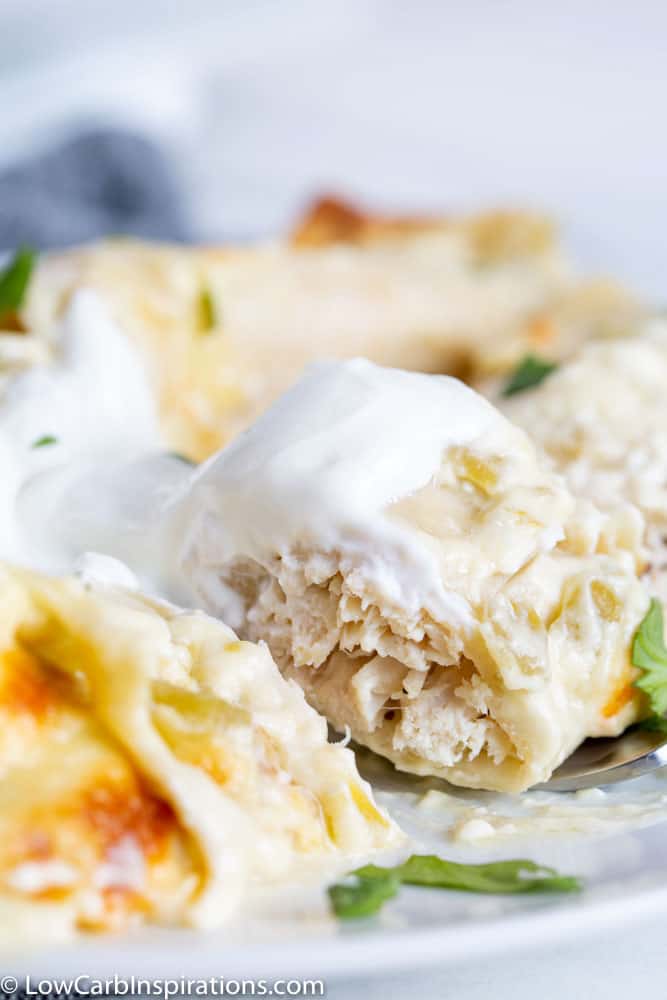 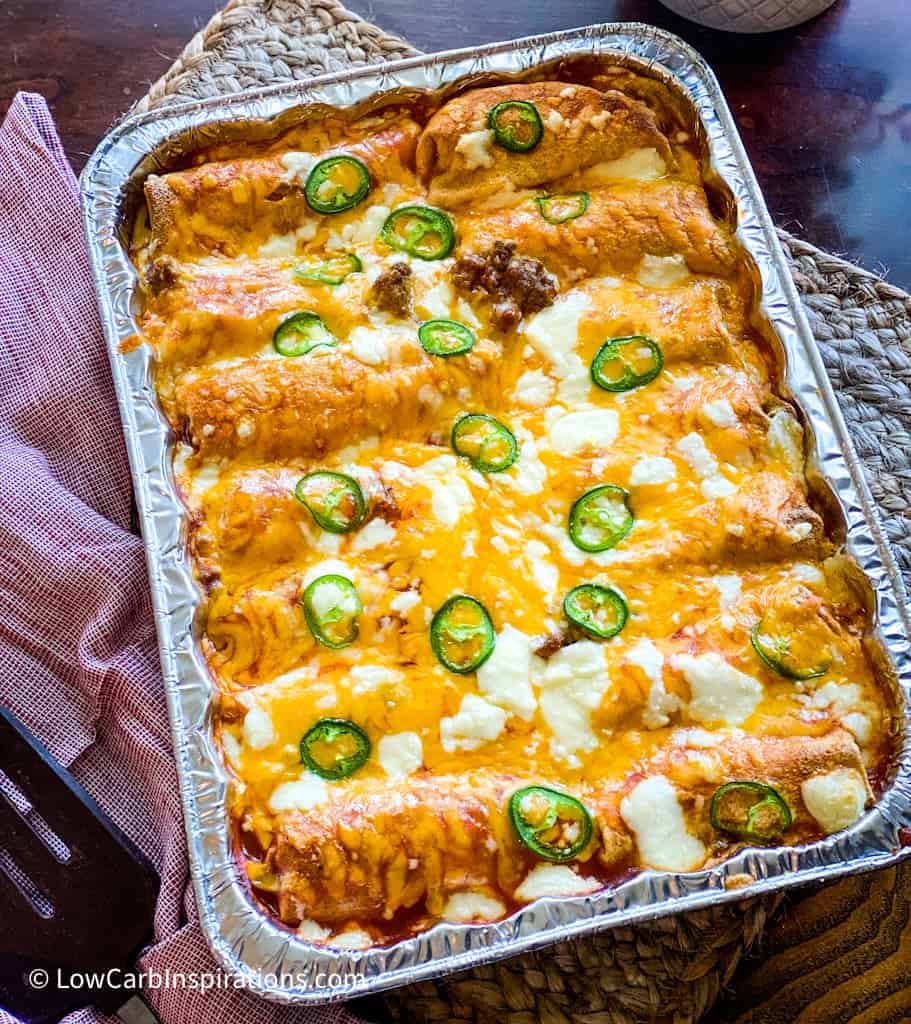 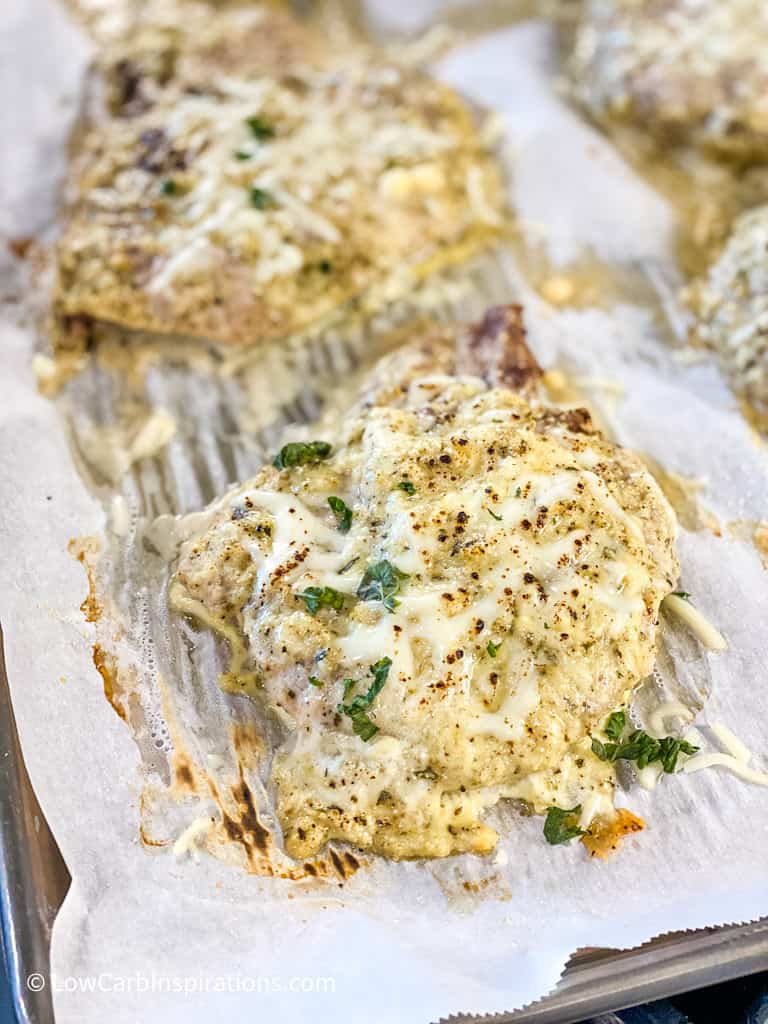 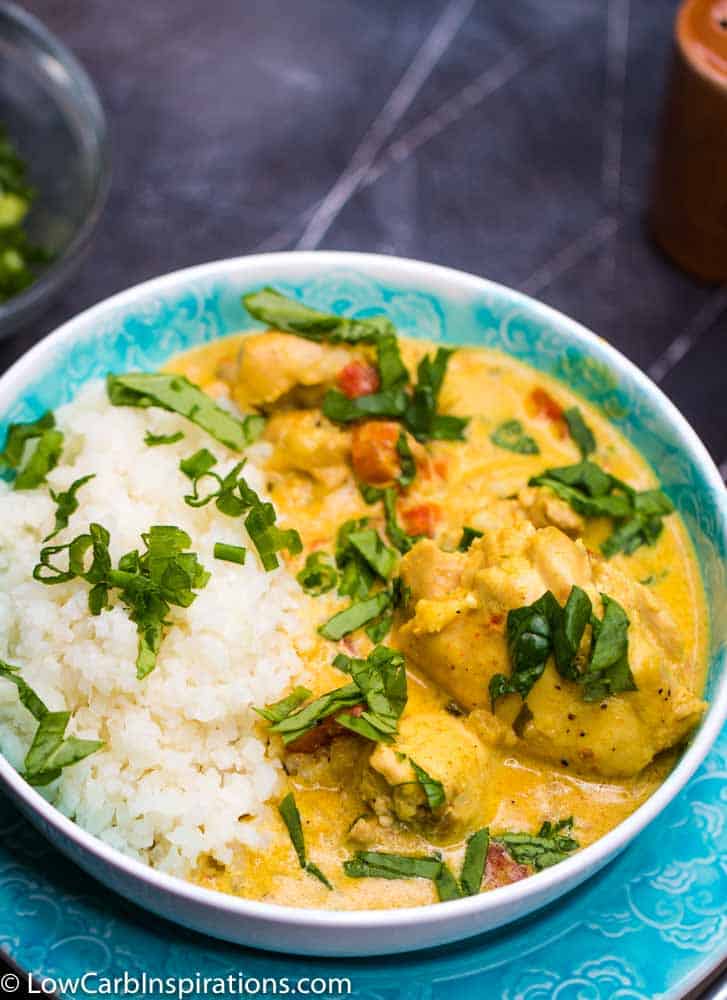 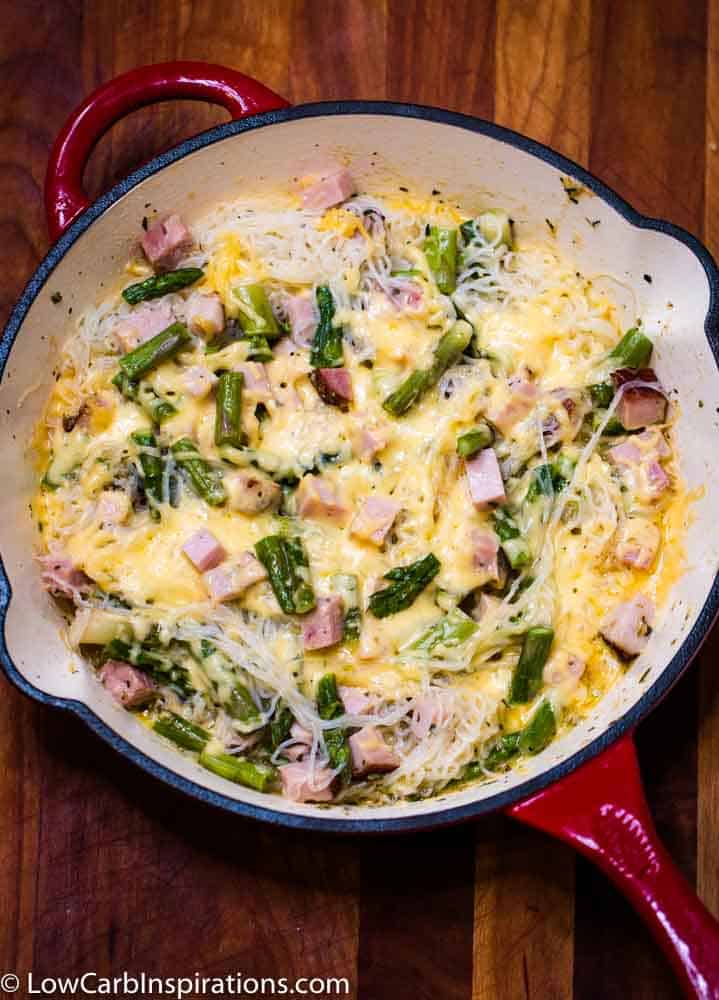